Geoffrey Madge speaks with Vladimir Horowitz
(A revised text written in 1986 for a book on understanding Horowitz).

Listening to Vladimir Horowitz, either on record or live, has always been a fascinating experience for me. One is immediately struck by the tremendous colour and huge dynamics in his playing, from ppp to fff.  His daring interpretations and use of the acoustic possibilities of the instrument and hall, the expression of his personality, even though at times it may be in conflict with the music. It is so easy to criticise when a pianist reaches such heights of achievement, with such provocation! Yet, in every performance he had the ability to present a view and give a direction. He once said that "it wasn't necessary to always like what you do, dare to do otherwise."

At times I am both puzzled by and filled with admiration for his recordings. They are often most disturbing, and yet this can be a relief in an age when the music industry is turning more and more towards a sickly sweetness in performance fashions, or a digital exactness that becomes positively boring after the first five minutes. Other giants of the first half of the century (I refer here to Busoni, Schnabel, Moiseiwitsch, Cortot, or Rachmaninoff, to name a few) did not pander to the fashionable public taste of the day; they adopted a new aesthetic approach.

Something that always intrigued me is the manner in which Horowitz could, almost by an illusion - either by the use of the pedals, accentuations or the acoustics of the hall and the instrument - make his legato sound as if it were created by non-legato, portato attacks, which in fact was according to Busoni, the basis of piano playing. (Busoni considered all legato to be an acoustic illusion.) With Horowitz it is what happens between the notes that is more important than the commencement of each tone. He often said that he was more concerned by how the notes came up than by how they went down. This, in combination with the dynamic tensions created by his use of the pedals, gives a tremendous potential for colour and contrast within passages in which the pedal was released from duty.

During a meeting with Horowitz he told me that he regretted never having heard Busoni in a live performance, I sometimes wonder how close they were in pianistic practise. 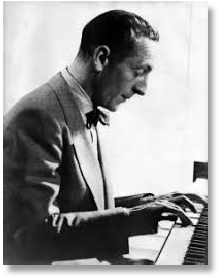 My interest in the phenomenon of Horowitz has, over the years, led me to make a careful study of several of his idols. The influence of Toscanini, constantly imploring the orchestra to sing, must have been from his early years a very strong influence. Horowitz wanted above all to let the piano sing and in fact he managed to do this in a new way. He often mentioned singers, the bel canto singers at the turn of the century, as being the strongest influence in the development of his style. One in particular who is especially important for an understanding of Horowitz's and for any in-depth study of interpretation during the last hundred years, is the baritone Mattia Battistini (1856-1928). Fortunately for posterity, he left many intriguing recordings, giving us a last glimpse of the bel canto style at the end of the nineteenth century.  It is a pity that singers like for instance Tetrazzini, Rethberg, Lehmann and De Lucia amongst several others, are no longer seriously studied. Yet they were all very close to the melodic style of the composers we attempt to represent.

What is his connection with the great bel canto singers? One element is the art of making diminuendos follow the expiring of the breath, making and retaining an impetus or impulse moment within the phrase. The ability to let this impetus continue over a complete phrase (a pianistic releasing of the breath) during a series of measures before a new impulse moment was made, the pillars and arches of musical architecture. This can be studied in a number of Horowitz recordings: for example, the Czerny Variations from the forties, several of the Haydn and Mozart Sonatas, the early Schubert B-flat major Sonata, and some Schumann recordings, the Bach/Busoni Chorales.  Another study can be made of the ways in which they sustained long notes and make large groups within phrases, one of the best ways to separate the great from the lesser Gods….
Indeed Horowitz was most daring in the way in which he made long groups of notes, even whole phrases, which I mentioned with regard to the Mozart and Haydn sonatas: nowadays unfashionable!  Many performers, especially today, tend to give a digital vertical clarity to each note, even at times sounding as a typewriter. It is the element of illusion in his cantabile touch and the dialogue he produced and developed between phrases which, for me, constitute the basic style and personality so characteristic of Horowitz. 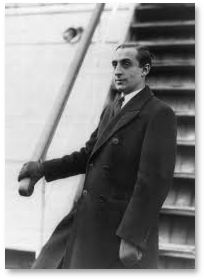 I will never forget a performance he gave of the Mozart Sonata in B-flat KV 333. It was monumental in its scope and design, producing a sound as if orchestrated with horns in the last movement and with a unique sense of timing.  Horowitz  asked me after the recital what I heard and thought and I mentioned to him that several things stood out for me. The sense of dialogue in the first movement, the most sustained second movement, and the orchestral/vocal sound he created through all movements, all this showing an incredible understanding of the proportions of the work. His eyes lit up and he explained his approach to the interpretation whereby he created an "opera," each theme being a character in the drama.  We spoke further about this interpretation but also several questions of tonal colour, pianistic orchestration and his architectural view of a complete sonata. It showed how much consideration went into each performance, a performance that sounded as if created at the moment was in fact prepared in very great detail.

Some pianists are able to make the audience breath with the cadence of the playing, even members of the audience with no special musical knowledge would be subconsciously captivated. It can be most fascinating just watching the reactions of an audience during a recital.  I believe that Horowitz makes use of this energy during his performances, which helped make them to be so "electric." Horowitz, of course, was not the only pianist to achieve this feeling, I have sensed the same in live performances by masters such as Horszowski or Richter. But the way in which it happened with Horowitz made time truly appear to stand still. The effect is difficult to achieve in smaller halls or studios. Bring an interpretation by Horowitz into a small auditorium, and the sound will inevitably be altered and most certainly distorted as it is unfortunately in many studio recordings, some show Horowitz as excessive in his interpretations. I wonder whether such less distinguished recordings will stand the test of time. They will certainly not help future generations understand what the impact of a real live Horowitz recital could be. 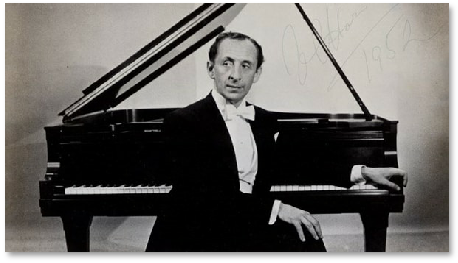